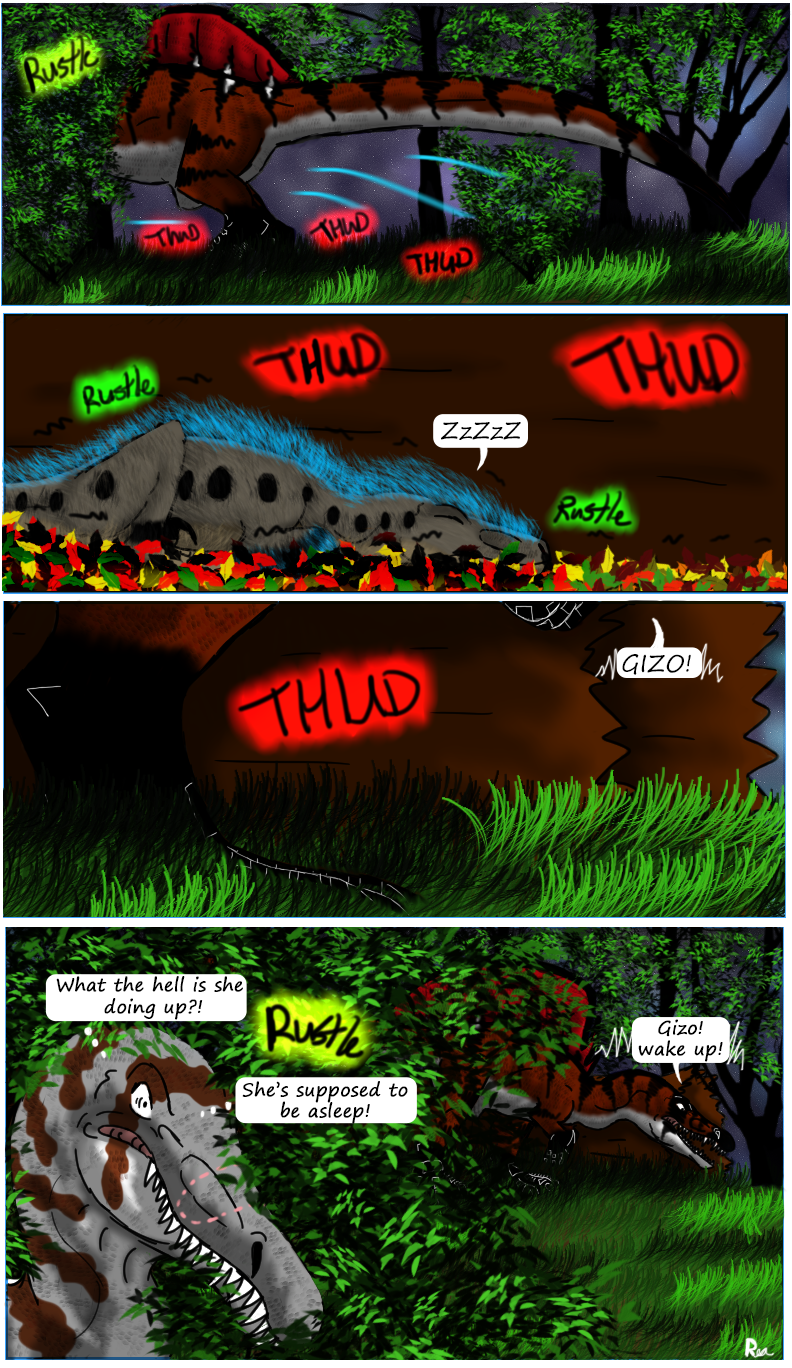 Gizo does a snore....but who's that lurking nearby?!

Disclaimer- This comic is rated PG-13 and may up the rating to R later for situations of violence, peril, and uncomfortable topics/situations. Read at your own risk.

Modos - A massive crocodile; known as the God of chaos and destruction. (more to be revealed in the future)

Basus - The God who created the world in which the dinosaurs live in. (more coming in the future)

Art and Characters (C) MINE
Background by (C) ME

Was this bitch about to sneak attack Valio while she slept,possibly? Does she have a death wish?? You've got lil mouths to feed,lady🤨